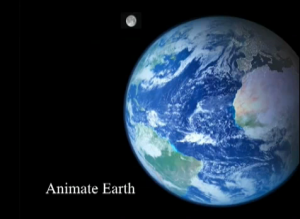 By seeing the earth as no more than an inert machine, Western science has inadvertently helped to create the current global crisis. This film calls for a new scientific revolution that integrates good thinking with the deliberate cultivation of intuitive knowing to help us experience the earth as alive – and worthy of our deepest respect.

Based on the book Animate Earth by Dr Stephan Harding, this film features interviews with key thinkers in the area including Vandana Shiva, Fritjof Capra, Jules Cashford, Brian Goodwin, and Iain McGilchrist. It was filmed in USA, UK, Norway and Italy. Stephan argues that conventional science, with its emphasis on reductionism and analytic reasoning, has inadvertently led to the global crisis which we now face. He argues that to find a way through the problems, we need a science fit for the 21st century – a holistic science that balances rational knowledge with intuitive wisdom.

Stephan shows how the earth functions as an interconnected whole and demonstrates elements of Gaia theory in relation to the carbon cycle. The film shows how we can all play a part in the global rescue mission by forming a new relationship with nature – one of partnership rather than domination.

The film will be available later this year.