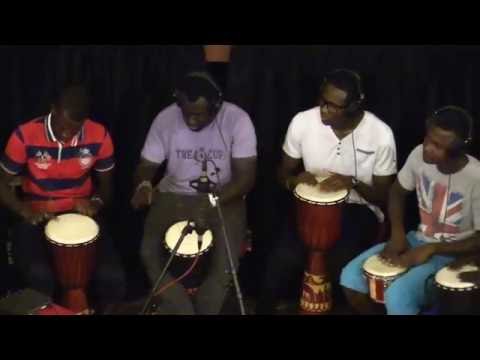 Artists Project Earth’s ‘OCEANS’ album which will feature Rhythm Del Mundo, the Afro-Cuban collective in collaboration with Bob Dylan, Ed Sheeran, Coldplay, Beyonce, Pharrell Williams, Mumfords and many other top artists, is due to be launched at the end of the year. By a twist of fate, it will also feature a newly recorded track in Sicily by migrant musicians. Kenny Young, director of APE, tells us his story on how APE is empowering migrant musicians in Sicily.

“Flying into Sicily on 9th August, APE’s recording technician Mike and I arrived with recording gear in hand with intent to capture the percussive sounds and vocals of the migrant band now known as the Sicilia Integra Band. The band is made up of eight males who have travelled from places including Africa, Mali, Gambia and Senegal to start their new life in Sicily. 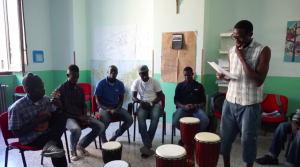 The band name ‘Sicilia Integra’ comes from the project headed by our own APE Trustee, May East. The project aims to support the socio-economic integration of migrants through agro-ecology capacity-building activities, while increasing the production and commercialization of Sicilian organic products in European markets. The aim to be achieved is by developing educational tools and creating pathways of learning, incorporating the 3 dimensions of sustainability– environment, society and economy- specialising in organic agriculture techniques and sustainable community design. Furthermore the project fosters the training of migrants and unemployed youth, creating new job opportunities in regenerative agriculture.

It was at May East’s suggestion that I considered this prospect, a coincidence which should be an outstanding addition to our already impressive line-up for the album.

With the ocean theme being the dominant impetus, there is a common thread to the migrants’ circumstances whose issues are obvious and adds to the many faceted challenges that exist in the oceans and seas. 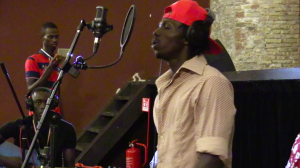 The song, ‘I am the Ocean’ was written initially as an emotive poem by Saliou Balde. It is fitting that a powerful song is initiated by a migrant poet and performed by a migrant band.

Like the whales singing out in the oceans, the migrants cry is also raised, loud and clear.”