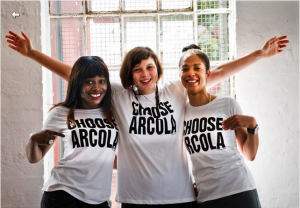 One of London’s most exciting “fringe” theatres, brings the green message to a new audience

Arcola Theatre is one of the most respected arts venues in the UK and has been blazing a trail in artistic excellence since its foundation in 2000. Arcola’s ‘Green Season’ aims to demonstrate new ways of communicating the urgency of climate change to a wide audience using the performing arts. Through world-class theatre and world-class performers, audiences will be inspired into individual and community action to address their carbon footprint, Arcola have also teamed up with Friends of the Earth and produced a short creative piece based on FoE’s ‘Food Chain’ campaign, which were staged at various festivals across the UK in 2009.