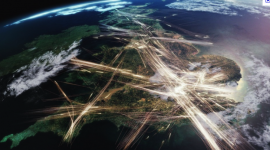 Helping to reduce and control the impacts of civil aviation

Aviation is one of the fastest growing sources of greenhouse gas emissions, and its emissions in 2050 could be 2 to 3 times higher than they are today if left unchecked. The AEF, working with a global coalition of environmental and development NGOs, is seeking to bring emissions from aviation inside an international climate framework in 2011 for the first time. As the only environmental observer to the UN body responsible for aviation, we intend to put the aviation challenge into the media spotlight and build government support globally ahead of the Assembly of 190 countries in the autumn.

AEF ‘s core work looks at controlling and reducing the environmental impacts of civil aviation. Specifically, our objective is to address aviation’s contribution to climate change by setting global baselines for measurement, the agreement of interim and long-term reduction targets for the sector; agreements on effective measures to achieve those targets, and; using revenues from market-based measures applied to aviation, to fund adaptation needs in developing countries. The opportunity to get global agreement in 2010/11 on all these issues is possible through the UN’s International Civil Aviation Organisation (ICAO) and the Framework Convention on Climate Change (UNFCCC). The key dates for delivery are October 2010 when ICAO holds its Assembly and December 2010 when UNFCCC holds its next Conference of the Parties.

AEF represents international environmental NGOs at meetings of ICAO. Earlier in the year we secured a place on a drafting group convened by the ICAO President to draft the Resolution text on Climate Change for the forthcoming Assembly. Comprising 19 countries and one observer each from an NGO and industry respectively, the group considered more ambitious goals for aviation and a framework for market-based measures. AEF co-ordinated with other environmental NGOs to present a case to this working group for 2020 and 2050 goals and the urgent need for market-based measures (as growth in air travel is likely to outpace technological and operational improvements).

This group met twice face-to-face and conducted the rest of its business through email dialogues. Success can only be measured against the outcome of the Assembly in October but at this interim stage there are both positive and negative developments. On the positive side there is a general agreement amongst states regarding the environmental principles that should underpin the use of market-based measures (such as emission charges or emissions trading), and a majority view on the need for more ambitious goals centred around preventing any net growth in emissions from aircraft from 2005 onwards. However, a small number of key states are not convinced of the need for targets. Reconciling these views before the Assembly will be a major challenge. We have used our global network of NGOs to raise awareness with their governments, and where necessary, to press for an agreement to support targets.

Progress on securing funds for developing countries to mitigate and adapt to the impacts of climate change has been very positive. UNFCCC has identified that developing states need at least £100 billion per annum to be able to tackle the worst effects, and has set up a working group to examine how funds can be raised. International aviation (and maritime) are both being considered. The exclusion of its emissions from the Kyoto Protocol and the absence of any duty on aviation fuel makes the sector a very visible source of funding given that they are also one of the fastest growing sources of greenhouse gas emissions. Proposals, potentially including a ticket or fuel tax, are due to be published in the autumn.

The AEF will continue to use its influence and wider network to build public support to encourage positive outcomes.