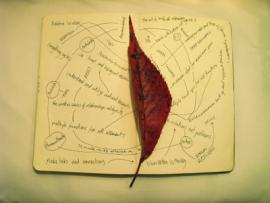 Artsadmin is an organisation which provides a comprehensive management service and a national resource for contemporary artists who cross the spectrum of new theatre, dance, music, live art and mixed media work

C.R.A.S.H – A Postcapitalist A-Z was the ninth experiment by Laboratory of Insurrectionary Imagination (lab of ii), and was commissioned by Artsadmin as the central part of 2009’s Two Degrees festival artists’ work about activism and the global climate emergency based at Toynbee Studios in East London. C.R.A.S.H opened a space in which to imagine a postcapitalist future. As our ecological life support systems hang in the balance and we suffer the consequences of reckless economic fantasies, the question of what our future could look like has never been more vital. The lab of ii experimented with radical sustainable alternatives to the ecological and economic crises in the symbolic heart of the capitalist system, London’s square mile.

C.R.A.S.H was a three-week ‘occupation’ of Artsadmin’s Toynbee Studios theatre. The first two weeks consisted of the C.R.A.S.H Course, a free course for 30 participants, devised by the lab of ii with permaculturist Tomas Remiarz, but following popular education principles. The participants, most of whom were young, precariously employed or unemployed, and came from art, activism and other backgrounds, were joined by other permaculturists, activists, artists, campaigners, architects for a first week of learning and discussion, followed by a week of experimentation and construction of a permacultural mobile structure and performance. The course was also punctuated by three evening public debates, the C.R.A.S.H Conversations, each focused around one of the central themes of the project: Permaculture, Art and Activism.

The third week of the project took place at the same time as the rest of Artsadmin’s Two Degrees, and was the central part of that programme. C.R.A.S.H Culture was a programme of eight artist interventions taking place across the City of London. These included the displaying of decapitated bankers heads on spikes on London Bridge, a bicycle field kitchen cooking foraged city plants, post-capitalist bench plaques and the distribution of gold-leaf soup to city traders.

C.R.A.S.H Contingency was the main public part of the project, and was devised by participants in the Course. The audience entered as a piece of experimental theatre appeared to begin – but after five minutes the lights went up, and the audience became part of an active participatory experience, learning basic versions of some of the skills shared in the Course, including consensus-based decision making. Then the audience used consensus to decide together whether to end the evening inside, in the theatre, or to go outside into the streets and, without seeking permission, set up the mobile permaculture structure in a space in the City of London.

Every night the audience decided to go outside, twice setting up camp under the new office buildings around Spitalfields market, once in the back lanes by the Gherkin, and finally at Spitalfields City Farm. Each night passers-by joined the audience, shared food and tea and continued in the wider distribution of skills and ideas from the C.R.A.S.H Course.

For C.R.A.S.H the lab of ii also produced a small free publication 13 Attitudes with Skart design, which presented the 13 principles of Permaculture in an accessible and beautiful document, available in print and online.

The Laboratory of Insurrectionary Imagination (lab of ii) is a network of socially engaged artists and activists whose work falls in between resistance and creativity, culture and politics, art and life.