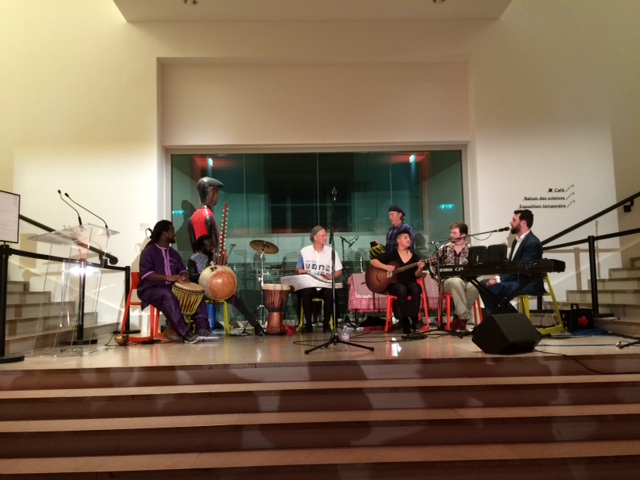 “As COP21 draws to a close, our continued reliance on both fossil fuel energy and nuclear is making Britain look like robbers.”

APE attended a conference on renewable ‘Climate Change and Energy for the Future’ at UNESCO yesterday, organised by the university of Astana in Kazakhstan, with speakers from many countries and international organisations. It is interesting that it has dawned even on major oil and gas producers like Abu Dhabi and Kazakhstan that only a limited percentage of their fossil fuel resources can be burned if we are to avoid catastrophic climate change. There is wide agreement now that globally at most a third of these reserves can be burned if the increase of global temperatures is to be kept below 2 degrees C. And yet all of us are intimately dependent on our daily dose of fossil fuels for a way of life we have come to take for granted.

In Britain the challenge now is to campaign for a continuation of feed-in tariffs (FITs) for renewable energy which the Conservative government is committed to jettisoning on January 1st. At COP21 Britain’s energy policy is being held up by both NGOs and various other governments as a bit of a joke: phasing out FITs for renewables but applying them to the nuclear reactor Hinkley Point C instead. As even France, with its 75% reliance on nuclear electricity, is moving towards renewables, Britain, funded by Chinese money, is moving back into the nuclear era even though the guaranteed price of Hinkley’s nuclear electricity is twice that of conventional power. Britain, sadly, is once again the odd man out among the ‘developed’ countries as renewables become the energy of choice in an ever growing number of places. As COP21 draws to a close, our continued reliance on both fossil fuel energy and nuclear, with their vast environmental legacies, is making us look like robbers: stealing a liveable future from generations yet to be born.