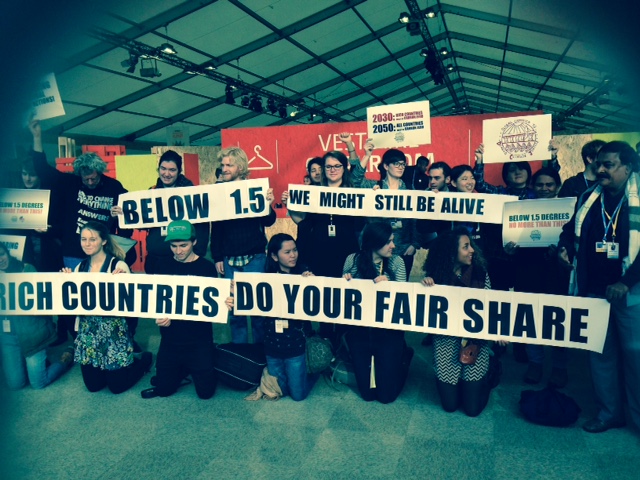 “A climate deal is getting closer, but in order for it to be effective, another development model must emerge.”

Another Development Model Must Emerge

There is an air of excitement here at COP21. On Saturday it was announced that an historic agreement is close at hand. Delegates from wealthy countries hinted they are willing to pay developing countries $100 billion a year after 2020 to help them deal with climate change — as long as they endeavour to limit emissions and back tough rules on how pollution is counted and reduced. This brings a unified position of North and South closer for the first time.

But a word of caution: the trend towards mega-urbanisation and rapid industrial growth in developing countries is not being challenged in any way. In the developing world people typically increase their resource consumption fourfold as they move from villages to large cities and become participants in consumerism.

Yes, this may help people rise out of poverty, but at what cost?

Greatly increased per-capita fossil fuel consumption is a key component of this process. So another model of development must emerge. People have the right to transform from peasants to urban consumers if that alleviates poverty and insecurity, but climate disaster can only be avoided if the mechanisms to do so are based on renewable and sustainable technology.

There is a lack of joined-up thinking at a fundamental level in these talks at COP21. At the moment, not only is fossil fuel burning built into this development, but global impacts on fragile earth systems are also inevitably the result. APE will raise this issue at COP21 head-on in the coming days.

Stay tuned for more updates from COP21. In the meantime, do your bit this Christmas and download the pre-release version of Oceans, by Rhythms Del Mundo, for you or a friend!