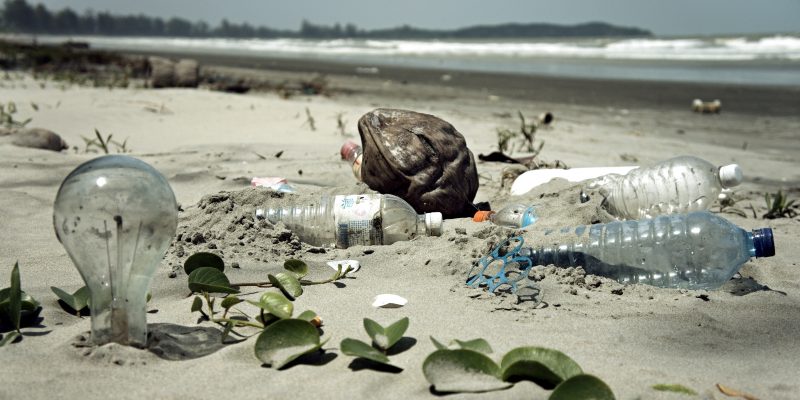 Scientists have established yet another hazard from the millions of tons of plastic waste that tip into the sea: it delivers microbial infection to the world’s coral reefs.

When plastic pollutants snag on coral reefs, the likelihood of disease rises from 4% to 89%, they calculate. That is an increase in risk of more than twentyfold.

And the impact on the world’s reefs – already under increasing hazard from ocean acidification and from bleaching in extremes of heat – could be devastating.

“Plastic debris acts like a marine motor home for microbes,” said Joleah Lamb, a researcher at Cornell University in the US. She began gathering data while at James Cook University in Australia.

“Plastics make ideal vessels for colonising microscopic organisms that could trigger disease if they come into contact with corals.

“Our work shows that plastic pollution is killing corals. Our goal is to focus less on measuring things dying and more on finding solutions”

“Plastic items – commonly made of polypropylene, such as bottle caps and toothbrushes – have been shown to become heavily inhabited by bacteria. This is associated with the globally devastating group of coral diseases known as white syndromes.”

She and colleagues from the US, Canada, Australia, Myanmar, Thailand and Indonesia report in the journal Science that between 2011 and 2014 they surveyed 124,000 reef-building corals from 159 reefs in the Asia-Pacific region.

One third of the reefs surveyed were polluted with plastic waste, the highest in Indonesian waters, the lowest off the Australian coast.

They calculate that, right now, the number of plastic bags, cups, bottles, toothbrushes and bits of packaging snagged on the reefs in the region could be 11.1 billion. By 2025, there could be 15.7 bn plastic objects stuck on the same reefs.

And, they report, the presence of plastic was associated with a 20-fold increase in risk of disease, and in particular infections know to marine biologists as skeletal eroding band disease, white syndrome and black band disease.

The items snagged on the corals deprived them of sunlight and oxygen, and weakened the coral to the point at which invasive pathogens could gain a hold.

“What’s troubling about coral disease is that once the coral tissue loss occurs, it’s not coming back,” Dr Lamb said. “It’s like getting gangrene on your foot and there is nothing you can do to stop it from affecting your whole body.”

The Asia-Pacific region is home to more than 55% of the world’s coral reefs. Complex reef structures – reefs with branching corals, for instance – were eight times more likely to trap floating plastic waste.

Coral reefs are among the richest habitats on the planet: a diseased or dying reef can no longer provide food and shelter for a vast range of sea creatures.

Pollution and disease also put at risk much of the estimated $375bn value that reefs offer to 275 million people as sources of fisheries, tourism and coastal protection.

“Our work shows that plastic pollution is killing corals. Our goal is to focus less on measuring things dying and more on finding solutions,” said Drew Harvell, professor of ecology and evolutionary biology at Cornell, and one of the authors.

“While we can’t stop the huge impact of global warming on coral health in the short term, this new work should drive policy toward reducing plastic pollution.”

This article was originally published by Climate News Network (CC-BY-ND).

Tim Radford is a founding editor of Climate News Network. He previously worked for The Guardian for 32 years, for most of that time as science editor.