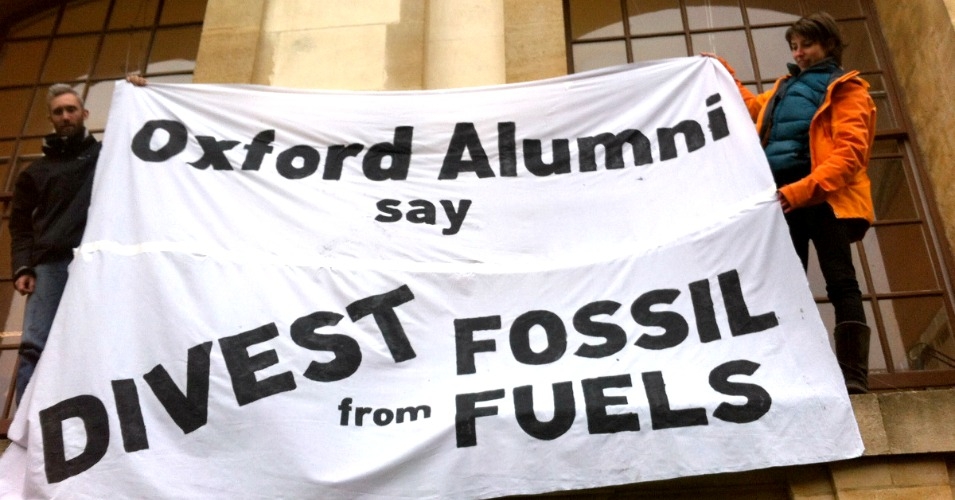 2. Divest from direct ownership and any commingled funds that include fossil fuel public equities and corporate bonds within 5 years.

Why was this important?

Our local authority has a duty to look out for the public good. Fossil fuels are in direct conflict with the public good: investing in them poses a risk both to investors and to the planet. So Oxford City Council and Oxfordshire County Council should take a moral, political and economic stand against them by taking our money away from fossil fuel companies and putting it into investments that are less at risk from climate change legislation and more compatible with our values.  Divestment from fossil fuels would make a powerful statement that the fossil fuel industry is morally and economically unviable, and that the people of Oxfordshire wish to support an alternative, sustainable energy future that will leave the planet in a shape that allows us, our children and grandchildren to live safely on it. Financial research has called into question the valuations of fossil fuel companies due to their reliance on reserves which may become unburnable if carbon legislation comes into effect.

Artists Project Earth contributed to the campaign. Below is how the donation helped its’ success.

A statement from Fossil Free Oxford:

The bulk of the donation we received from APE was spent on costs incurred in organising the Fossil Free Future march and rally on 31 May 2014 that called on Oxfordshire County Council and the University of Oxford to divest from fossil fuels. We printed posters and flyers, made placards and hired a sound system.

Nearly two hundred people joined the march and heard from a wonderful array of speakers from the University of Oxford, the Church of England, Oxford Trades Council, Grandparents Climate Action and Fossil Free Health, all making the arguments from their individual perspectives for why divesting from fossil fuels is imperative and urgent.

A video of the day was made and you can see it here https://fossilfreeoxon.wordpress.com/2014/11/16/may-31st-protest-the-video/

The event took place on a Saturday lunchtime in the city centre and reached out to the general public. It was covered in the Guardian. It demonstrated the diversity of the divestment movement, and the unity of those bringing the message.

Challenges were logistical and getting permission from the council for the rally to take place, organising a rally (having never done that before).

Your generous grant also covered the costs of a cycle-powered screening of Do the Math as part of Oxford Brookes’ sustainability work, and a stall at the Green Fair.