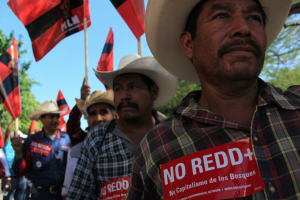 A new image library entirely focused on climate change and its global impacts, freely-available to NGOs, students and communities.

Critical Information Collective (CIC) was set up in 2012 as a ‘one stop shop’ where people around the world can access a wide range of incisive and critical information challenging corporate-driven economic globalisation and promoting fair and sustainable alternatives. We are experienced researchers in this field, and we know how hard it can be to find this kind of information, even when you know where to look!

We have also learned that there is a real need for a new and collaborative space where activists and communities can share and access high quality visual images about social and environmental justice issues, to illustrate their campaign concerns more effectively and meaningfully. Using off-the-shelf software, which we are adapting, we plan to turn the commercial ‘microstock’ model (which uses the internet to sell images to a global audience at low prices) to a new and innovative use.

We aim to populate the CIC global image library with high-quality images from activists and experienced photographers around the world, the majority of which will be freely available to NGOs, communities and students. We hope it will also function as an important new channel where experienced photographers will want to showcase and sell their environmental and social justice images, which will in turn help to attract media buyers to the site, giving greater exposure to all the contributing photographers’ images.

Here are two examples of dilemmas that Critical Information Collective could resolve:

·      A Guatemalan community member wants to share her photographs of a destructive silver mine. She will probably opt to load her photo to Flickr. This is probably her best chance of sharing her images, but she cannot target a particular audience, and downloads may be limited. If she could upload her image to Critical Information Collective, she would be able to share them with a targeted and global audience of activists, communities and media. She could also access information about maximising image quality, and find out more about the licensing options available to her.

·      An NGO with a small budget urgently requires a print quality image of a particular indigenous people who are having to deal with forest destruction. They find no such images on existing commercial micro-stock websites. The first images found on Flickr are all copyrighted meaning they would have to contact the photographer who might not reply. They eventually realise they might be able to get an image from a particular NGO, but they will still have to phone to find out if they have any suitable images. They could have researched and downloaded a properly-licensed print quality photo within budget from CIC in ten minutes. Knowing this means CIC would have been their first port of call. CIC’s image library would also provide the NGO in question with a means of sharing their images with an interested audience.

We were really excited to hear that Artists Project Earth decided to support our plans to build an environmental and social justice image library. We’re only a small, new organisation and the funds are really important to help us get the library established. But it isn’t just about the money — it’s also a real boost to know there are people out there rooting for you!