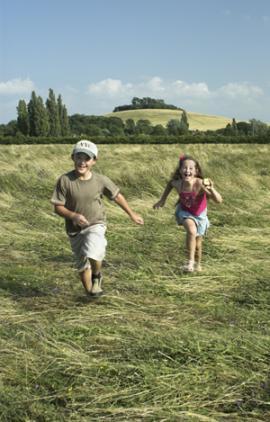 Oxford Inspires is the cultural development agency for Oxfordshire which believes in the power of the arts to raise awareness about issues, such as climate change, and to bring about personal and social change. They do this by acting as a catalyst for projects and events, encouraging collaboration and widening participation in cultural and environmental activities.  Currently they are co-ordinating Oxfordshire’s Planet Earth season, to take place in the autumn of 2008.

Inspired by UNESCO’s Year of Planet Earth, the season focuses on the impact of climate change on the global community and how we can live more sustainable lives at the local level. Hear from the Ground is one of the core events of the season. The starting point of the project is to hear the thoughts and feelings of children and young people and support them as they explore positive local responses to global challenges. The project will be held at the Northmoor Trust Hill Farm visitor centre in Oxfordshire and use material such as aerial photographs, historical images and geological maps to generate discussion between the children and to make recordings of their comments. The finished soundscape will be broadcast at a national conference on climate change being held at the Northmoor Trust in October 2008. The Trust will then exhibit the soundscape as an artwork within its Project Timescape Visitor and Education Centre. The soundscape will also be available on CD and as a downloadable podcast for participating groups and other organisations to use.

“We are very grateful for the APE funding and we hope the model creating a soundscape can be replicated elsewhere and be part of the growing conversation about democratic, creative responses to climate change.” Hear From The Ground