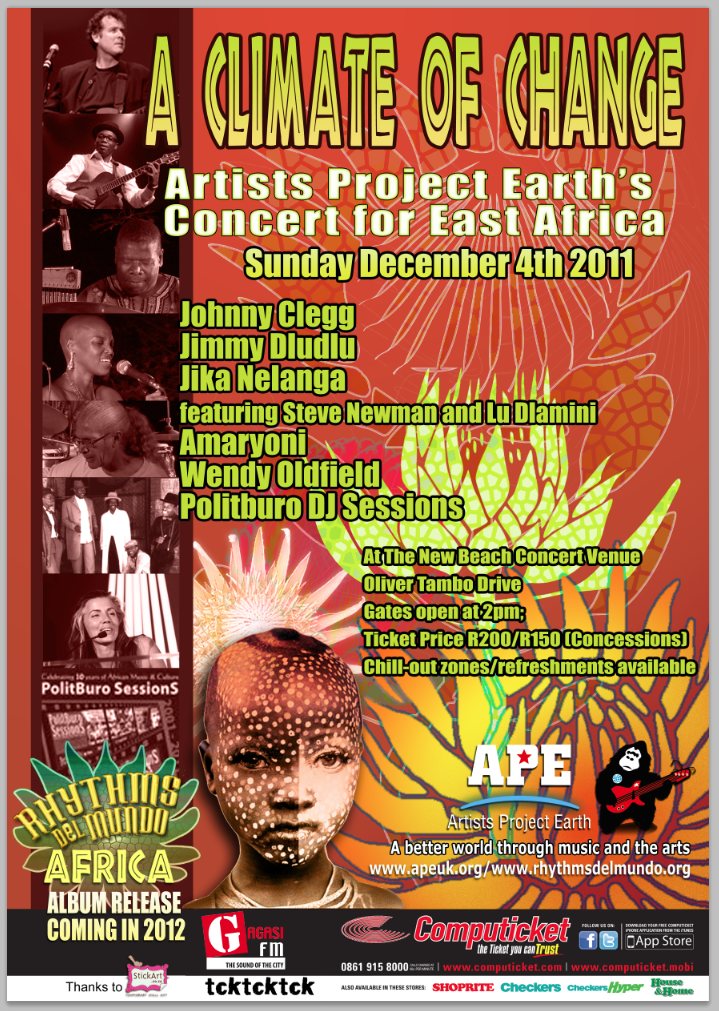 APE’s fundraising efforts to date have enabled us to support five projects working on the ground in the Horn of Africa to alleviate the impacts of famine. APE’s new album Rhythms Del Mundo:Africa will be released in early 2012 to raise further funds for longer-term support in the region. The issues may have moved off the radar of the world’s press – but life remains a daily struggle for millions of people in East Africa and their struggles are exacerbated by the impacts of climate change.

The organisations supported to date are: