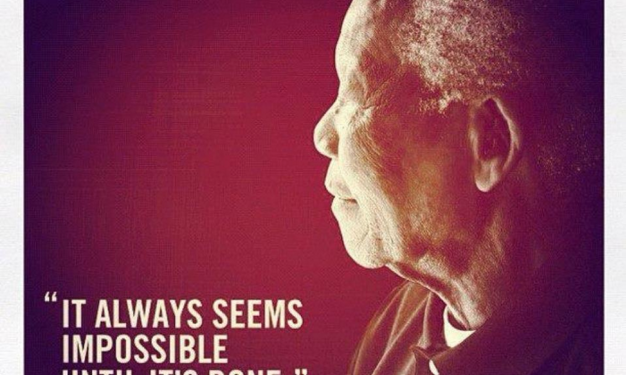 Everything manmade was once just a thought… Which means, we have to think more holistically to create a better world.

What if… we helped refugees fleeing from terror and famine to build sustainable ecovillages where they can rebuild their lives, feed and nourish themselves and give back to society? In Sweden, this is being done.

manWhat if… we stopped throwing edible vegetables into landfill because they’re not quite perfect, and started redefining our relationship with good food and farming? A multinational company is doing this.

What if… instead of contaminating ground-water with toxic chemicals in order to extract shale gas, we invested in renewable energy from the sun and the wind? Many countries are doing this…

What if… the piles of rubbish in Greece’s massive, unregulated landfill sites, slowly but inexorably turned into the most friable and fertile compost? We have the technology.

As the righteous Nelson Mandela once said, “It always seems impossible until it is done.” So although it seems impossible to imagine another world – a better world than this one we have currently created – it is entirely within our capability. It’s not impossible, we just need the will to make it happen.

Everything around you that is manmade, was once just a thought, an idea, a figment of the imagination – and it took willpower and determination to make it a reality. So, if everything was once just thought… we just have to think more holistically to create a better world. If we dislike what’s happening – like the horrendous pollution of the world’s oceans from plastic packaging and waste – then we have to rethink how we make these products. Actually, we already know how to make packaging that doesn’t pollute the environment: a company called O’Right sells cosmetics in cellulose-based plastic that biodegrades, and what’s more, they insert a tree seed in the base of the bottle so that as it decomposes, there’s enough nourishment to give birth to a tree. How amazing is that? In the words of ScienceWatch “Petroleum-based (plastic) packaging is history; cellulose-derived packaging rules.” Which means that garbage heaps of the future could nurture life rather than destroy it.

It’s all a matter of good design. In the past, utility has been enough, but it’s not good enough any more. It has to be better. It has to be useful, renewable, sustainable and recyclable. No less. We have to demand good design – or else reject it – because it is entirely possible and until it’s done, we will not see an end to the destruction of the oceans, biosphere, atmosphere and the noosphere.