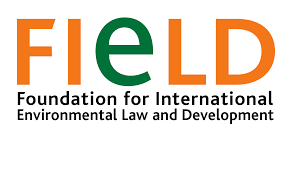 Progress in the international climate negotiations is nowhere near enough to reduce greenhouse gas emissions to a safe level, ensure sufficient funding for adaptation or compensate vulnerable groups for loss and damage from climate change. As a result lawyers in many jurisdictions are thinking about legal strategies to hold polluters accountable for the impacts of climate change.

For example: an advisory opinion by the International Court of Justice (ICJ) on the responsibility of Northern countries for climate change damages in developing countries could provide important guidance for the climate negotiation process. It would be the first time the ICJ had to address fundamental questions of global environmental justice and its findings could send a strong message to the entire international community.

To develop one or more specific legal questions that could be submitted to the ICJ, FIELD organised a round table discussion of legal experts on 28 October 2011. Participants included solicitors and barristers based in London and other senior lawyers from academic institutions (the British Institute for Comparative International Law, Westminster University and University College London) and non- governmental organisations (Coalition for an International Court for the Environment, Climate Justice Programme, Global Witness and Greenpeace).

The report of the meeting including several proposals for possible legal questions was disseminated through FIELD’s mailing list, Climate-L, the Climate Action Network (CAN), the participating organisations and other law and advocacy networks.

Participants agreed that at present the need to prove causation and attribute damages to specific greenhouse gas emissions constitutes one of the main challenges for legal strategies on climate change. However, climate modelling has made significant progress during the last decade and increasingly allows scientists to determine the likelihood to which global warming has contributed to certain extreme weather events. It was agreed that a presentation on the current state of climate science could benefit the legal community as a whole.

To engage with lawyers and advocacy organisations outside the UK, FIELD therefore organised a live stream webinar on climate justice in February 2012. The event was actively promoted by several organisations including the International Institute for Environment and Development, GermanWatch, the Environmental Justice Foundation, the Mary Robinson Foundation – Climate Justice, Climate Connections and Capacity Global.

We sent out invites to almost 1000 people, and specifically targeted legal practitioners and organisations that work on the legal aspects of climate change in developing countries. They often directly interact with climate-affected communities and a good understanding of the extent to which climate science may be able to support litigation efforts in Northern courts is important for the development of legal and campaigning strategies.

Aimed at lawyers, campaigners and policy makers from all over the world, the webinar focused on the extent damages in some countries can be attributed to greenhouse gas emission in others and the legal consequences. It also provided a general overview on legal initiatives at the national and international level. The event was chaired by Peter Roderick, a UK-based barrister and founder of the Climate Justice Programme who reflected on his experience with climate related law suits in different jurisdictions. Christoph Schwarte, a Senior Lawyer at FIELD, focused on work at the international level – including the roundtable findings on the request for a legal advisory opinion by the ICJ. Prof Myles Allen of Oxford University then gave a presentation on how climate modelling can help to establish the causality between emissions and damaging weather events.

The panellist also addressed and discussed various questions sent in before and during the event. The webinar was followed by between 60-70 people at any point in time. In total around 700 people tuned into the event. We received comments and almost 20 specific questions from lawyers of various jurisdictions including Australia, the Democratic Republic of Congo, Germany, Netherlands, Philippines, Japan, South Africa and the US.

We are very happy about the APE funding because it allows us to involve lawyers from different – and in particular developing country – jurisdictions in our climate justice debate.