Media Lens continues to target what are widely considered to be the most progressive media in the UK – including the BBC, Channel 4, the Guardian and Independent – and to hold-up their climate reporting and commentary to public scrutiny. Media Lens has focused attention on the Guardian, particularly on its acceptance of fossil fuel advertising – both in its print and online editions. Indeed, during much of Autumn 2009, Shell advertising has been prominently featured throughout the Guardian’s online environment pages.

Media Lens encourages the public to challenge corporate media which take advertising revenues for climate-wrecking products and services. Just as tobacco advertising is now regarded as unacceptable, so too should be advertising that promotes activities damaging to the stability of the climate system. Media Lens exposes the giant oil corporations who use propaganda to promote a false image of themselves as newly ‘green’ such as BP’s recent ‘Beyond Petroleum’ campaign, aiming to highlight the inherently ‘biocidal’ logic of corporate capitalism, structurally locked into generating maximised revenues in minimum time at minimum cost: corporations are legally obliged to maximise profits for shareholders.

In December 2009, David Edwards will be sending a 30-minute pre-recorded webcam message on climate change and the media to a Youth Climate Forum being held in Vancouver, Canada.

Media Lens’ new book Newspeak in the 21st Century (Pluto Press, London, 2009) devotes a complete chapter to climate change, and the ways in which the corporate media close down debate on the required necessary structural changes in society.

The book is available from the APE Online Shop.

“We are grateful to APE for their generous support of our focused project to boost public awareness of the severe constraints on what passes for climate ‘debate’ in the corporate media. We are targeting what are widely considered to be the most progressive media in the UK – including the BBC, Channel 4, the Guardian and the Independent. We will provide detailed analyses of their failings, omissions and distortions. Crucially, we will provide links, resources and suggestions empowering people to challenge the state-corporate interests that are stifling realistic efforts to avoid climate chaos.” Media Lens 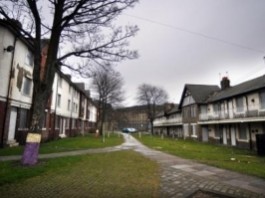 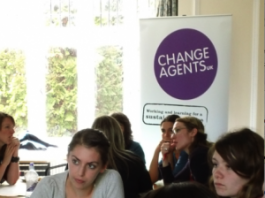