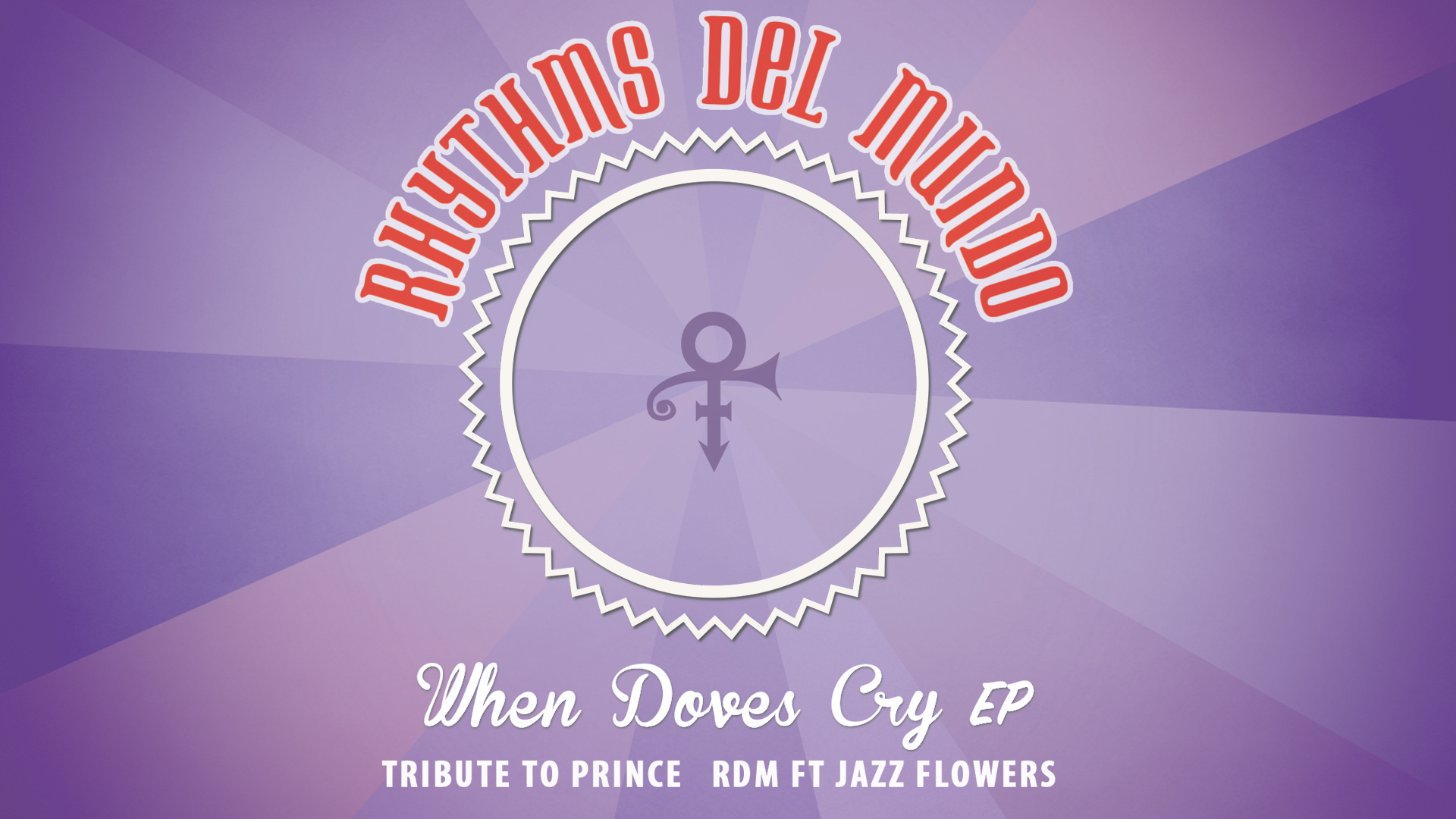 When Doves Cry – Tribute to Prince is Available to Download Now!

Our band, Afro-Cuban collective Rhythms Del Mundo, has released a new EP When Doves Cry – Tribute to Prince. The four-track EP features three remixes of Prince’s 1984 worldwide hit and a fourth track Ocean. All of the EP’s tracks feature the soulful voice of Jazz Flowers, a talented 16-year-old musician from Oxfordshire.

Produced by APE Founder Kenny Young, the proceeds from the EP will go towards APE’s ongoing Plastics Oceans Campaign and in addition, go to Green For All, Prince’s favourite environmental charity. “As great admirers of Prince’s work we decided to record one of his most famous songs and thought that it would be a fitting tribute to have his favourite environmental charity also benefit from the sales,” said Kenny.

Rhythms Del Mundo is a globally-acclaimed Afro-Cuban collective of musicians who have collaborated with some of the biggest names in music across the world, including Coldplay, Amy Winehouse, Red Hot Chilli Peppers, Green Day, The Rolling Stones and many others. The sales from their six previous albums have enabled APE to support over 370 climate change and ocean related projects around the world.

“As a charity we strongly believe in creating a better world through the use of music and arts. So far we have released six albums and donated all proceeds to climate change adaptation and mitigation and ocean conservation projects worldwide. Our seventh album, ‘Plastic Oceans’, is due for release in the summer and features, Ed Sheeran, Bob Dylan, Coldplay, Beyoncé, Mumford & Sons, among others’” concluded Kenny.

Show your support for APE by downloading a copy of the EP from one of these online stores: