The increase in the use of plastic worldwide correlates with increasing incomes, growing economies and rising consumption in fast-growing emerging markets, compounded by under-developed waste management systems in these countries. There are 192 coastal countries, all of which contribute in some degree to oceans plastic pollution due to insufficient waste-management systems, but 10 countries in particular have been identified as the major sources of ocean’s plastic waste. These countries are: 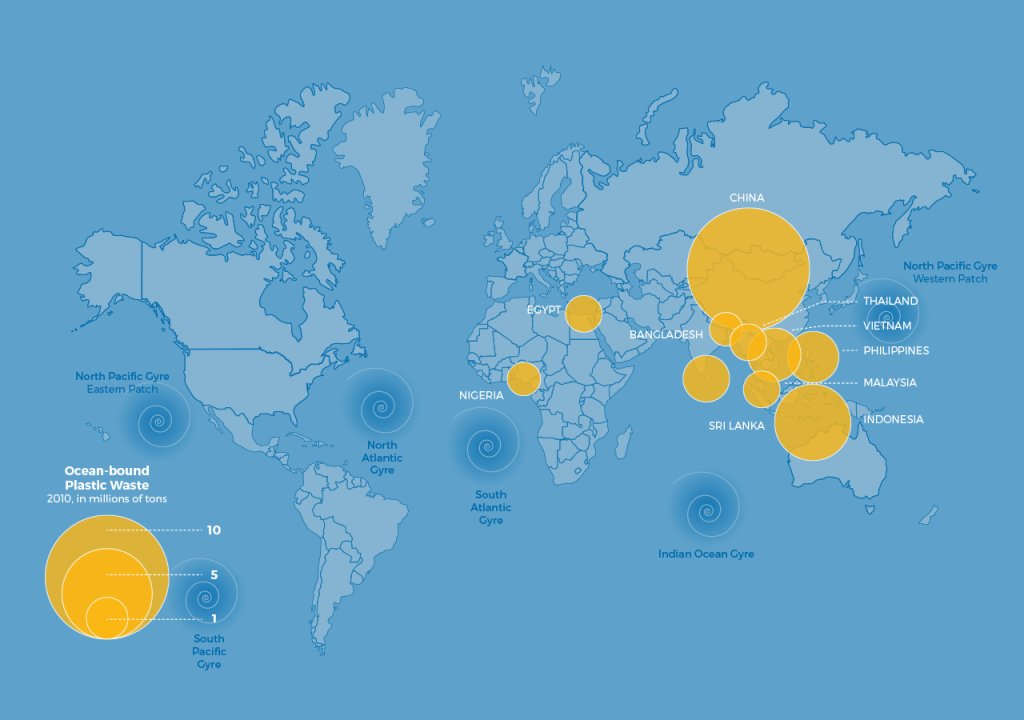 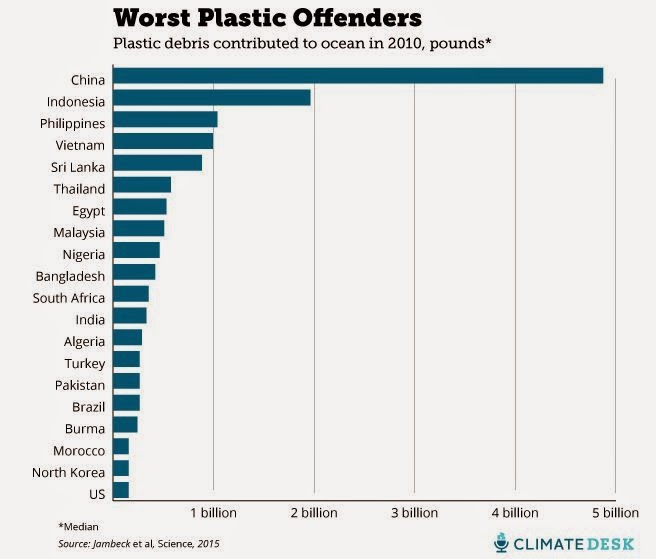 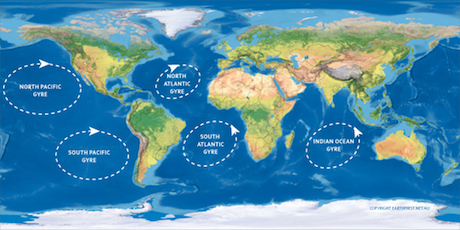 These gyres are also known as the Great Garbage Patches (although this does not mean that plastic pollution is not present in all other parts of the ocean – it is). The area in the centre of a gyre tends to be very calm and stable, therefore, all the plastic debris that is drawn into this stable centre gets trapped and circulates for years.