Resisting the shackles of consumerism

Let’s talk about ‘The Devil’: corporate consumerism – which so threatens the life-system of which we are a part. So normalized has consumerism become that sometimes we even refer to ourselves as ‘consumers’ forgetting that we are also citizens, humans, men, women, animals. We forget that we share the Earth’s resources with other species, and that we created laws and covenants and governments to protect us, to support us, to help us… The subjugation of these resources and these laws to the forces of the ‘market’ demands a response.

Reverend Billy & The The Church of Life After Shopping is a ‘post-religious church’, a radical performance community. We hold services wherever we can – in concert halls, theaters, churches, community centres, forests, fields, parking lots, shopping malls, and perhaps most importantly, inside stores – as close to the cash register as we can get, within spitting distance of the point of purchase. We sing, we dance, we preach, sometimes we perform small interventions, invisible plays, acts of ritual resistance. We exorcise cash registers and remythologize the retail environment.

We make media-savvy statements and send them out around the world. We get hassled by security guards and police and often get arrested. We try to complexify the monoculture, to snap people out their consumer hypnosis and back into the mystery of being human. We remind people that things come from somewhere, that products have a ‘resource past’, aand a ‘labor past’. We animate the objects that surround us and in so doing we re-animate ourselves. We become citizens again.

We think freedom from consumerism is virulent, contagious. Tell your neighbor you stopped shopping and it gives her permission to do the same. Tell your brother you work for the Earth and ask him to join you. One day we can all live in richly varied and hilarious neighborhoods, with people who seem to have reinvented themselves, and so are endlessly fascinating: something beyond mere entertainment.

After 14 weeks of performance of The Church of Earthallujah we are close to completing the fifth of nine episodes of our TV show. We have webcast the show each week and are also creating radio programs for Pacifica Radio Network and begin broadcasting in 60 territories. We have eight more live shows in the series to record, and we expect to start up again in the Fall 2011.

Yes there IS a Life After Shopping!

The Earth is in charge now, the Earth is our god, our government, our prophet and our leader. In 2011 we are hosting a weekly Earth Worship in the heart of New York City’s East Village, a gathering place and live broadcast opportunity for artists, activists, scientists and media-makers. Actions will accompany each service. Together we can access our own common sense and bravery under the light of radical change, in the spirit of Civil Rights and Act UP.  A ‘Movement’ is a community in motion, moving as one against an oppressor, but living our lives together as we move. We move toward a new world, challenging assumptions, culture and laws. As we plan, and gather force for our next action, we fall in love, begin life-long friendships, artistic collaborations… So here we go, only this time there are other species and life forms in our community: mysteries and biological wonders.

The original idea we had that The Church of Earthallujah would become a commons for visiting artists and activists organizing around climate change, has really come to fruition. We have hosted guests like Douglas Rushkoff, The Yes Men, Tim DeCristopher and a group of activists resisting Hydrofracking in the Northeast United States. We will soon host author Benjamin Barber and Mike Roselle the founder of Earth First, as well as the young farmer initiative known as The Greenhorns.

On 18 July 2011 Reverend Billy and the Church of Earthalujah choir joined with art activists, artists, Tate members and concerned members of the public at the Tate Turbine Hall to lay hands on Tate Modern and ‘cast out’ the demon of BP’s oil sponsorship of the art institution.

An exorcism of the evil spirit of BP was performed in a special service in the Turbine Hall of the national gallery of international modern art. The Reverend Billy had an oil-like substance dramatically poured over his white suit by his gospel choir before being escorted out of the building. The gospel choir sung choruses of “Tate takes money from BP, and BP’s money is the devil.”

The event was brought to Tate by five different UK-based groups – Liberate Tate, UK Tar Sands Network, London Rising Tide, Art Not Oil and Climate Rush (and all of which have been supported over the years by APE) – as part of a growing movement to rid public arts institutions from oil companies with negative social and environmental impacts all around the world.

Reverend Billy, the world famous preacher, said: “For 20 long years, BP has embedded its foulness deep within Tate, using the fair face of the arts to mask the stench of its true nature. Today the possession of this dark beast lurking within the bosom of one of our most cherished arts institutions is coming to an end. While good-hearted, god-fearing gallery-goers glory in the miracle of art, the beast below is encircling the planet with its oily tentacles, destroying righteous communities, poisoning God’s beauteous creations, and bringing us all ever closer to the climate apocalypse. Art will soon be free of big oil interests. Eviction has begun. Brothers and sisters, it’s time to liberate Tate!”

Chris Sands, a participant in the performance said: “When the Tate takes money from the fossil fuel industry it is endorsing climate change rather than backing activity which moves us away from an environmental crisis that is already destroying lives and livelihoods. We have to ensure our public arts institutions are financed responsibly, transparently and ethically for the good of the art world and the planet.”

Tate and other public cultural institutions have seen long-standing public concern about their relations with oil companies. The numbers of artists involved has grown over recent years with many hundreds of artists publicly demanding Tate end links with BP. The exorcism comes less than a week after a ‘guerilla ballet’ performance took place at the BP-sponsored Big Screen in Trafalgar Square, highlighting the oil company’s involvement in destructive tar sands extraction in Canada.

BP continues to use its arts sponsorship to project a public image at odds with its operations and lobbying. As part of a multi-million pound effort to create a social license to operate, the company has launched its first television advertising campaign since the Gulf of Mexico oil spill which centres on its arts, culture and sports sponsorship in an attempt to alter public perception about the company.

“It has been fascinating to watch word spread of this “place” where people are gathering on Sunday evenings to talk about the earth and climate justice and also to see visitors from other cities arrive with expectations of encountering like minded people. As an example we got a call from the executive director of The Natural Resources Defense Council that a group of prominent activists from Montreal were attending the show and we were able to introduce them to the crowd and also to other water activists in the room. I am thrilled that a performance can be the site of cross pollination and fomentation and we look forward to its growth over the next year. It has also been very satisfying to develop the entertainment value of the show while maintaining a strong earth based message.” – quote from a member of the Church team 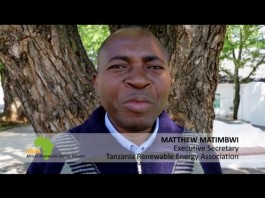 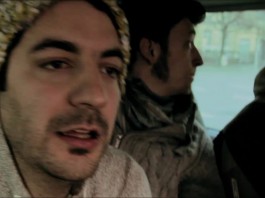 PORTRAYING YOUNG FRIENDS OF THE EARTH 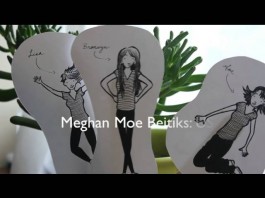