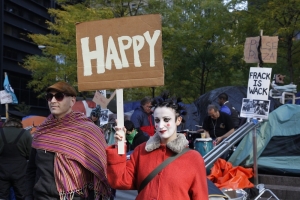 A documentary project with a bold and simple goal: to reframe and reinvigorate the public debate around the climate crisis.

“THE MESSAGE: the (r)evolutionary power of climate change” is a feature documentary project with a bold and simple goal: to reframe and reinvigorate the public debate around the climate crisis.

Driven by the controversial thesis of ‘The Message’, the forthcoming non-fiction book by Naomi Klein, the documentary will make the case that making the changes we need to avert climate chaos is our best chance to build the more equitable, liveable and healthier societies we want and need.

Taking an international outlook and emphasizing people on the front lines of this transformation, the film offers lucid alternatives to some of our culture’s most destructive ideas, from the quest for endless economic growth, to the assumption of Western supremacy, to the dream that technology will grant us total domination over nature.

“We’re thrilLed by the news that APE has come on board as the first European funder of our multi-platform documentary project, The Message. We’ve been inspired by the initiatives you’ve supported in the past — from creative direct action like Liberate Tate and Plane Stupid, to genuine alternatives like the Transition Network — and we’re honoured to be counted among them. Thanks so much for this support, which is reaching us at a critical and important point in our project’s early development.”