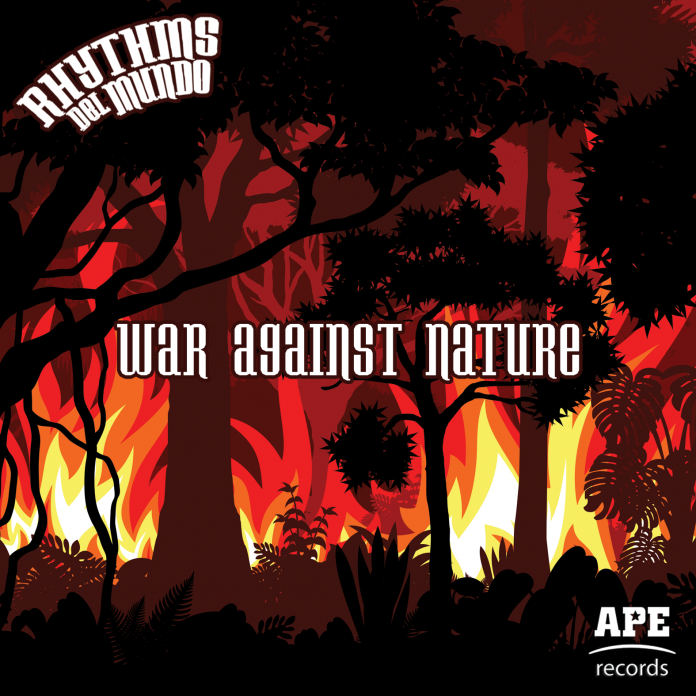 APE Records and Rhythms del Mundo are delighted to announce two exciting new music projects: an EP featuring two songs, ‘War Against Nature’ and ‘I am the Ocean’, and the 12-track ‘Earthwaves’ album. Both celebrate the life and creativity of APE founder Kenny Young who passed way in April 2020. Once again, we aim to raise funds for our work, linking arts and the environment.

Out Now on Spotify, Apple Music, iTunes, Deezer, and iHeartRadio

The ‘War Against Nature’ EP confronts the stark reality of the planetary emergency we are facing, with forest fires, flash floods and unprecedented storm surges now overwhelming people and nature in many places. ‘I am the Ocean’, the EP’s other track, highlights the plight of refugees escaping climate change and conflicts in small boats and rubber dinghies.

‘Earthwaves’ revisits four of Kenny’s most famous songs, with a live recording of ‘Under the Boardwalk’ and a reworking of ‘Spirit of the Forest’ headlining the album. And some of Kenny’s many friends have contributed another eight tracks to this commemorate album. Some of the songs echo the urgent need to end our war against nature, others celebrate the glory of life on earth. They are dedicated to a world where all life can thrive.

‘Earthwaves’ is about the interdependence of land and sea, and humans and nature. We hope that you will enjoy the rich variety of its sounds. Please download the album, encourage your friends to do the same, and promote it via social media! The more we sell, the more projects we can support!