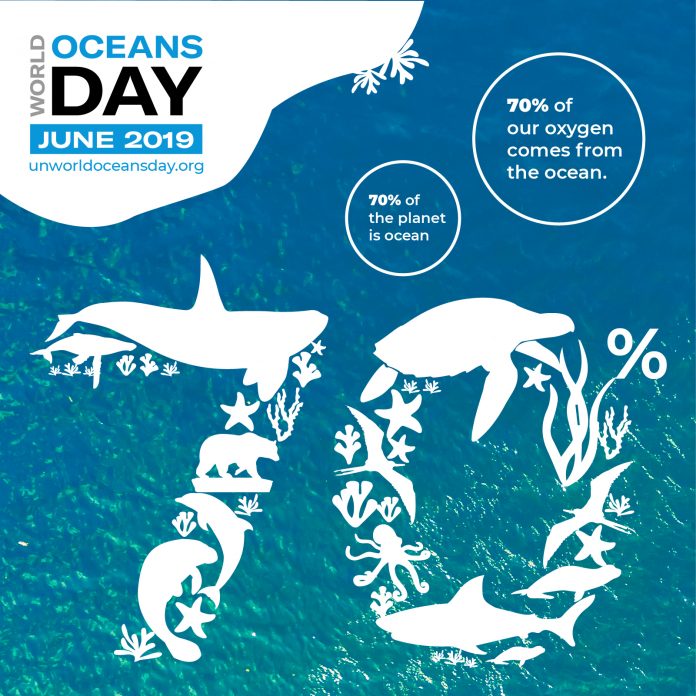 Lungs of the planet
We celebrate World Oceans Day every year on 8 June, to remind everyone of the major role the oceans have in everyday life. They are the lungs of the planet, providing most of the oxygen we breathe. The purpose of the day is to inform the public of the impact of human actions on the ocean, develop a worldwide movement of citizens for the ocean, and mobilize and unite the world’s population on a project for the sustainable management of the world’s oceans. They are a major source of food and medicines and a critical part of the biosphere. In the end, it is a day to celebrate together the beauty, the wealth and the promise of the ocean.

Let the ocean be the great unifier
The theme this year was ‘Gender and the Ocean’, as gender equality is the key to sustainability. Only together can we protect Earth’s ultimate source of life.
Hundreds of events celebrating the ocean were held globally in the week around 8 June. APE attended a couple of events in New York last week, as well as the main conference at the United Nations on Friday.

‘Rethinking the Ocean’ at The Explorers Club, New York City
The Explorers Club is a meeting point for explorers and scientists worldwide. ‘Rethinking the Ocean’ brought artists and scientists together to help us imagine and think about the ocean from new perspectives.
Kenny Young added his ripple to the ‘What’s your Ripple?’, a participative art installation at the Club.
The evening was curated and moderated by art lawyer Barbara Hoffman MR’85.
Speakers included:
Julie Huber PhD Oceanographer of “The Ocean Memory Project” https://memory.ocean.washington.edu/index.html
Maya Lin visual artist and architect. Her memorial “What is missing” is a wake-up call and call to action showing us how to re-imagine our relationship to the natural world and how to re-balance our needs with the needs of the planet (https://whatismissing.net)
Artists Joan Jonas, Daniel Kohn, Prof. Bryan McFarlane, Paul D. Miller aka DJ Spooky.

‘Inclusion at Sea: An evening of Storytelling’ New York City
hosted by Creative Visions, WeOcean, Planet Home, Carousel, MD25 Entertainment
Kenny Young, Founder and Director of Artists Project Earth concluded the evening, inspiring the audience to reach out to as many people as possible about ocean plastics, and not only talk to the already converted.
Other speakers included:
Hinano Teavai Murphy, Polynesian educator on respect for the ocean.
Christian Vanizette, co-founder of MakeSense, an organization on a mission to mobilize 180 million citizens on the global goals by 2030.
Lynn Zebeda, social entrepreneur and co-founder of Dr. Monk.
Daniela Fernandez, Founder of Sustainable Ocean Alliance.
Matthew Modine, Filmmaker of documentary ‘Ripple Effect’.
Kiran Jandu, co-initiator of WeOcean, a global community dedicated to building a harmonious relationship with the ocean.

Focus for 2019: Gender and the Ocean
We have an opportunity to explore the gender dimension of humankind’s relationship with the ocean. 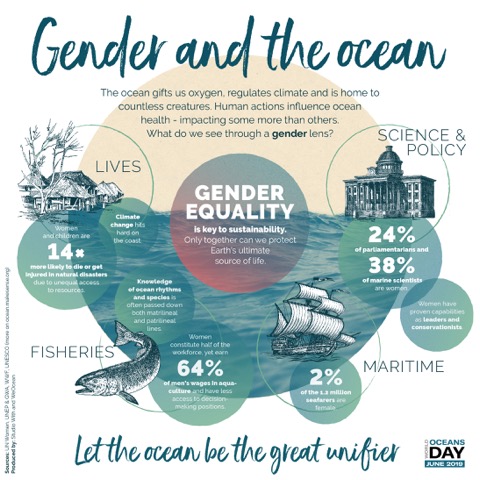 The Battle Against Plastic Pollution
This year, the President of the General Assembly launched ‘Play It Out’, a global campaign against plastic pollution. Decades of overuse and a surge in single-use plastics has led to a global environmental catastrophe. Today, 13,000,000 tonnes of plastic leak into the ocean every year, what among other damage, kill 100,000 marine animals annually. While most plastics are expected to remain intact for decades or centuries after use, those that do erode end up as micro-plastics, consumed by fish and other marine wildlife, quickly making their way into the global food chain.
From plastic straws to plastic bags, we all are at the frontline of efforts to #BeatPlasticPollution.